Home » I declined at first but had a rethink – Comedienne Taaooma explains after being repeatedly called out.

Instagram comedienne, Taaooma has again explained why she joined other skit makers to visit Vice President Yemi Osinbajo at the statehouse days ago.

Reacting to a tweet in which activist, Rinu Oduala accused the skit makers of acting like they went to talk on behalf of Nigerian youths, Taaooma disclosed that she canceled at first but had a rethink later to join the visit which is centered towards publicity for an award.

The comedienne who revealed that their phones and other electronic device were taken before being granted an audience by the Vice President, stated that Osinbajo was shocked when she started talking about some issues. Insisting that she achieved her aim, she also apologized to those who are offended by the visit. 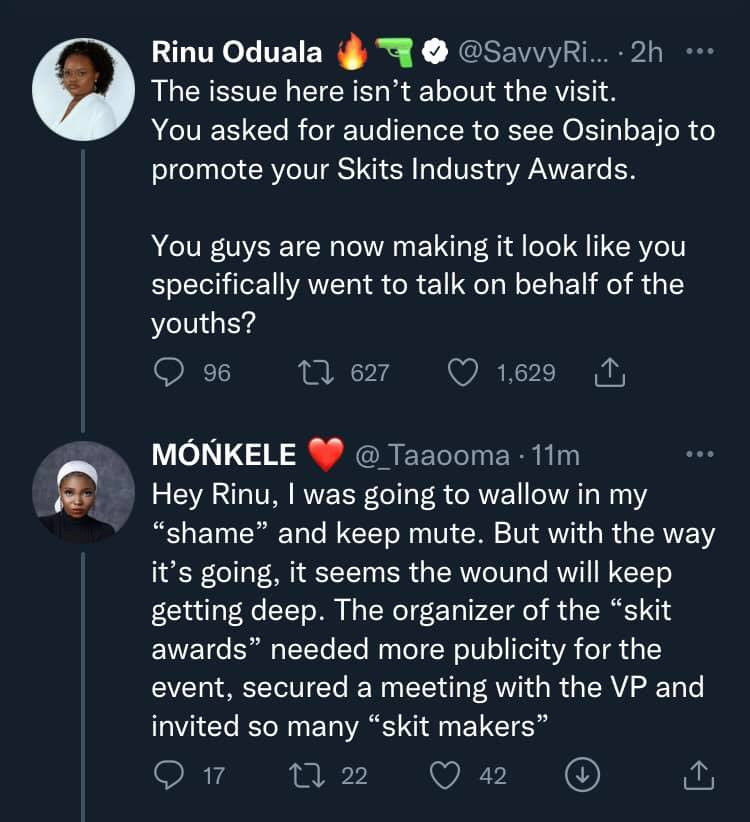 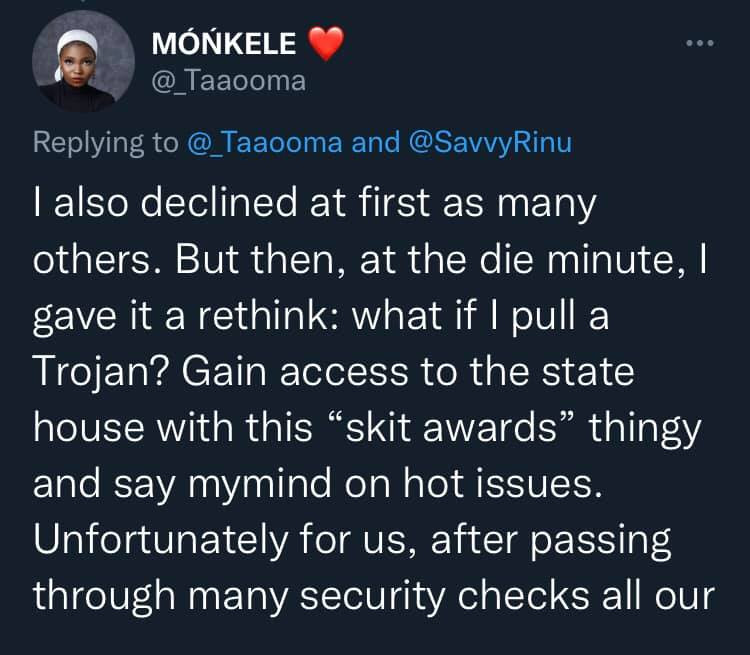 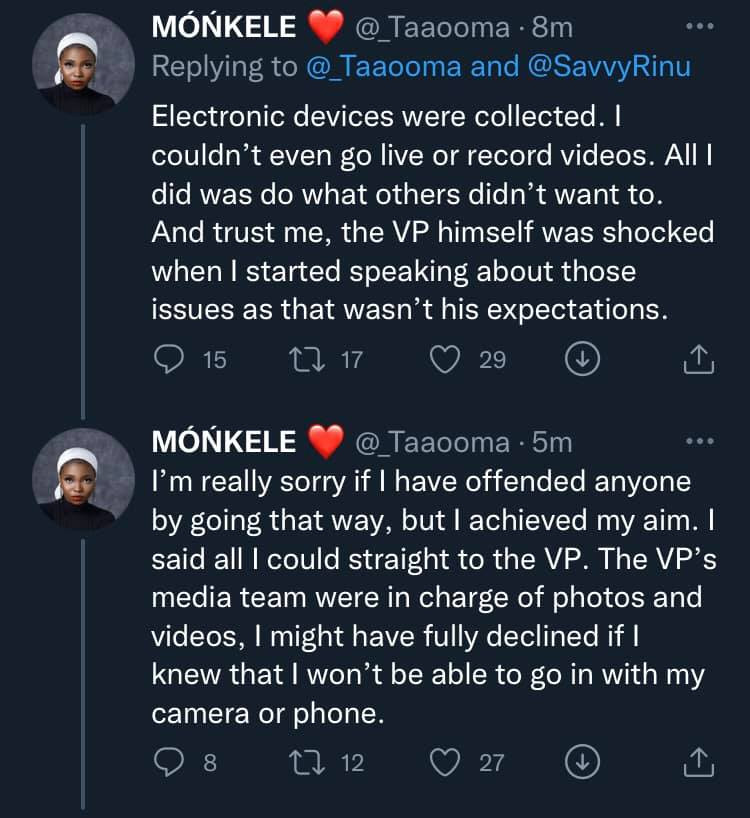 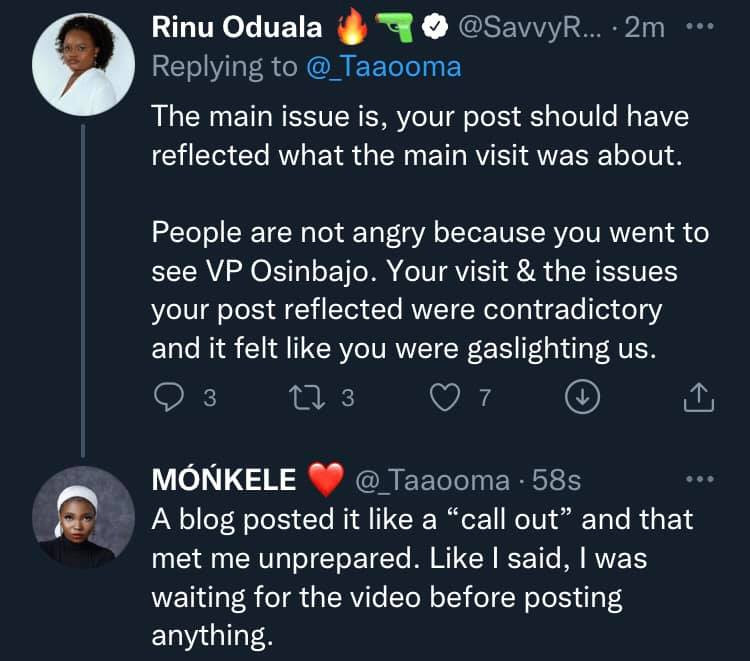