Home » Ned Nwoko followers ask why he doesn’t post his other wives on social media.

Ned Nwoko has replied to his followers who asked why he doesn’t post his other wives on social media and also prayed that people treat his children the same way he treats his last wife and actress, Regina Daniels.

When asked why he doesn’t post his other wives on social media, he stated that not all of them want to be in public space as they are contented in their own privacy. He also disclosed that Regina Daniels is his youngest wife “for now” and deserves all the love and attention.

Ned Nwoko further revealed that he handles his social media page himself and does not delegate the job to anyone.

On people treating his children the same way he treats Regina Daniels, he described the prayer as a “good one”, adding that he loves and cares for his wives. The former lawmaker also prayed that his children will find the same love and care as responsible husbands. 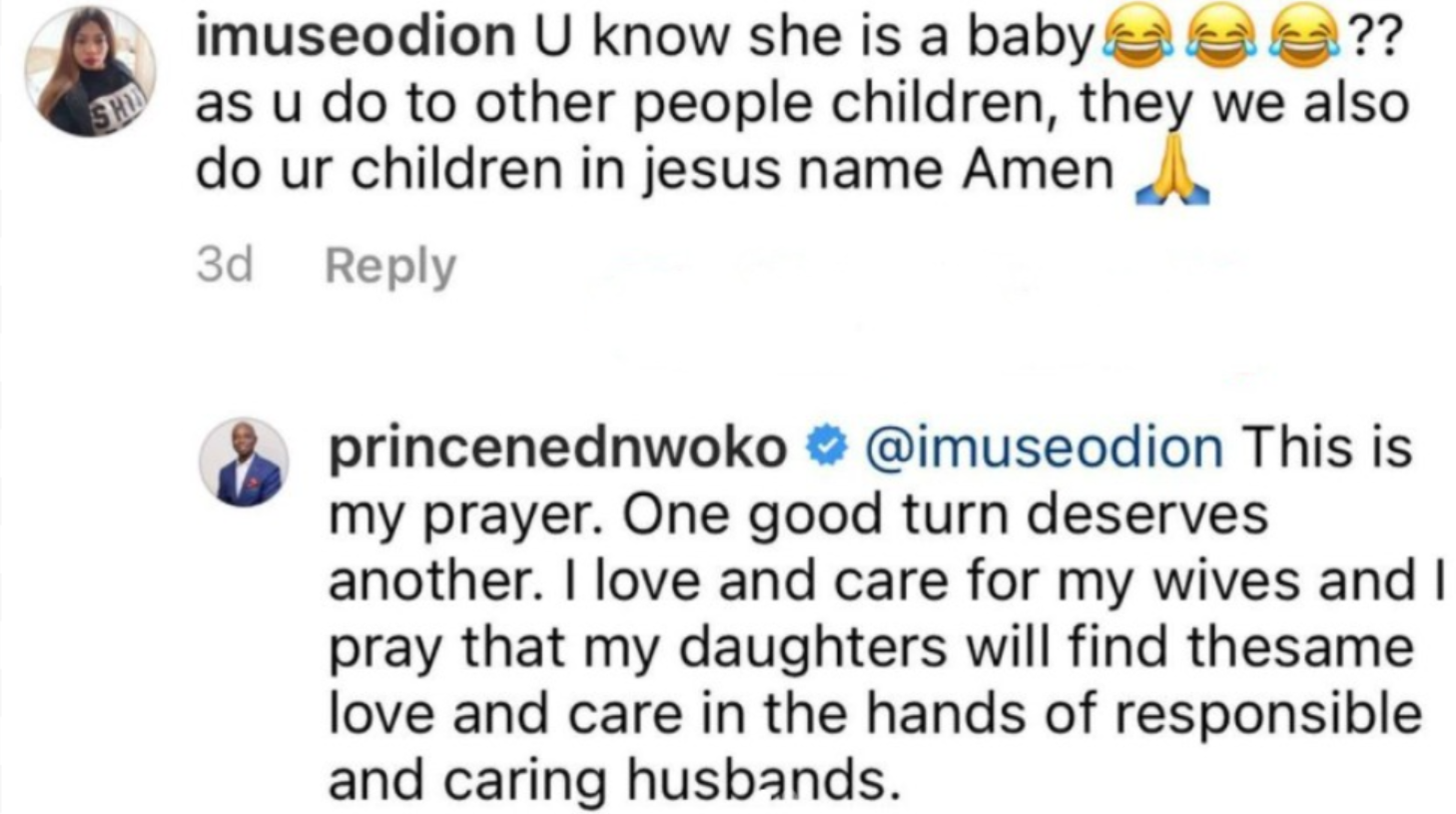 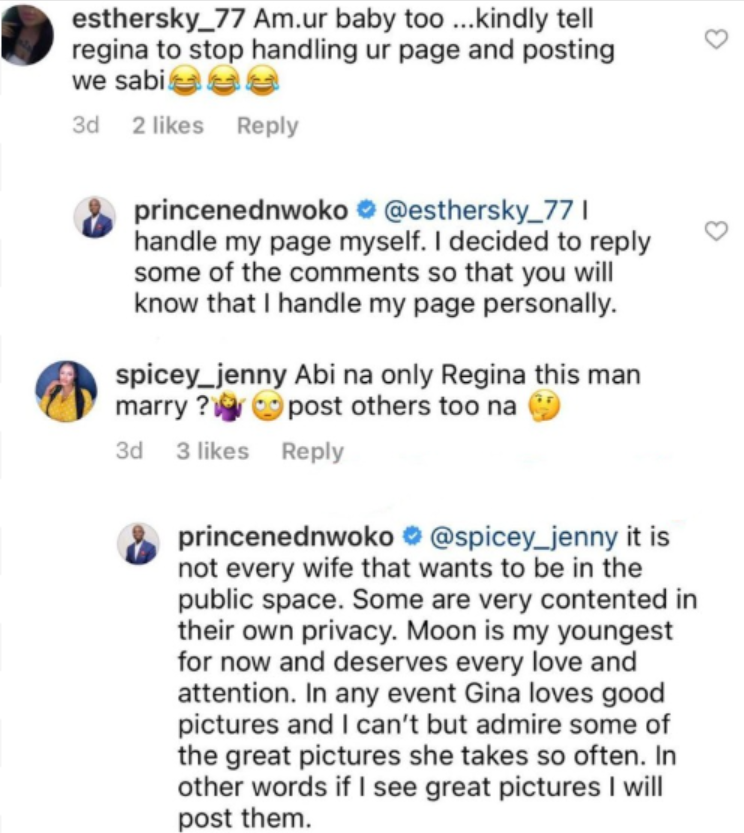